Well, I did it! About two weeks ago, my new Google Pixel arrived. I was excited and a little nervous, but I figured it’s a cell phone. How bad can it be?

Set up was pretty easy. I simply popped out my SIM card, put it in the new phone and I was ready to go. Because I already use a ton of Google products, most of my information was there when I signed in. And surprisingly, most of the apps I’d had on my iPhone installed automatically on the new phone.

There are a few things that have been a little harder to get used to. One is having the fingerprint lock on the back of the phone. The iPhone has always unlocked from the front (either with the home button or Face ID). I’ve also added an unlock screen pattern which gives me the option to unlock it when it’s sitting on the desk without picking it up. The other thing that is different is that the iPhone puts all of the apps on separate pages that you swipe through. The Pixel puts them all in a large list that you can see if you swipe up, but you have to put them on pages manually if you want to swipe left and right. The last thing isn’t hard to get used to, but it’s just a pain. Because the Pixel doesn’t use the same charging cables as Apple, I’ve had to purchase a few new charging devices. Wouldn’t it be nice if they all used the same technology?!

One thing I’ve added since getting the phone is some home automation. I purchased a few smart plugs and smart nightlights and have them programmed so I can turn them on by voice command. Some people may think it’s silly to tell your phone to turn the lights on, and maybe it is (it’s certainly a first world problem!). But to me, one of the purposes of technology is to make our lives easier. Plus, my son thinks it’s funny to tell the phone to turn the lights on for him. I haven’t purchased any of the smart speakers yet, but they’re likely on my shopping list sometime in the future. I don’t want to buy smart home things just for the sake of buying them, just for things that would truly make things more convenient.

In the spirit of full disclosure, I did have one major setback in the process. I noticed almost right away that my camera didn’t work the way I expected to. It would often freeze when I tried to use it, particularly inside another app (like when I tried to use the camera for mobile deposit in my banking app). I couldn’t video chat either; the camera would lock up and often restart the phone. Needless to say, I was pretty frustrated. But after a couple of calls with support to see if we could troubleshoot the problem, Google sent me a new phone which arrived a couple of days ago. So far, the new phone appears to be working well!

I think it’s safe to say that I’m sticking with Google for now. Of course, now that I’ve bought the Pixel 3, they’re talking about rumors about the Pixel 4. I’m also hopeful that Google is going to eventually release a smart watch that plays nicely with the Pixel. For now, I’m pretty happy with my purchase. 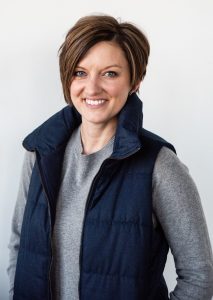